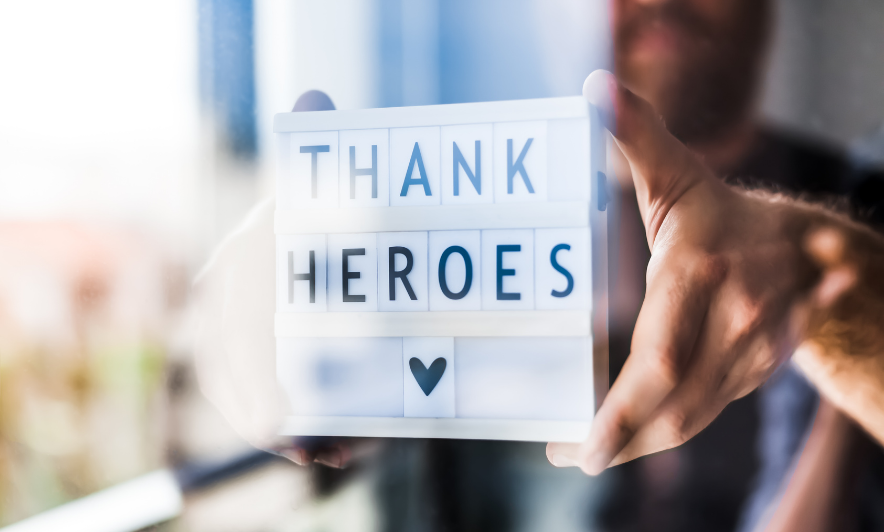 Frontline key workers and volunteers have been honoured for their contributions during the Covid-19 pandemic in the 2020 Queen’s Birthday Honours list.

The list was postponed from being published for the Queen’s official birthday in June until October to allow for all those who have gone above and beyond during the pandemic to get the very highest recognition they deserve.

Manchester United and England Footballer Marcus Rashford for his services to vulnerable children, and to The Body Coach, Joe Wicks for his free national PE lessons during lockdown and donations to charity, both received MBEs.

Prime Minister Boris Johnson said the recipients of this year’s honours are “a testament to the sort of country we are – caring, compassionate and resolute in the face of a global pandemic.” And that “the hard work and dedication of these local, often unsung heroes has helped carry us through.”

WHO RECEIVED A  2020 QUEEN’S BIRTHDAY HONOUR

The Queen’s Honours list highlights those people from all backgrounds who have given their time to their community, industry, charities and the country.

You can see the full lists of recipients here.

KEEPING THE COUNTRY GOING DURING THE PANDEMIC

14% of the total 1,495 recipients on the list are health and social workers.

Just one of those is Felicia Kwaku, from Islington, North London, who has been a nurse for 30 years. As associate director of nursing at Kings College NHS Foundation Trust, she championed the cause of nurses from a Black, Asian and Minority Ethnic (BAME) background.

Also honoured are fundraisers who have raised millions during the pandemic, like 100-year-old Dabirul Islam Choudhury who has been made OBE for raising £420k.

Jay Flynn’s viral virtual pub quiz has landed him an MBE for his charitable activities raising £750k whilst cheering people up from around the world reaching up to 180,000 people.

72% of recipients have been awarded for their work in the community, supplying free meals to those shielding, volunteering, and delivering care packages.

And of course, the Cabinet couldn’t forget to recognise the experts working in the Science, Health and Pharmaceutical fields who are at the forefront of studying COVID-19 symptoms, testing and making headway with a vaccine.

THE IMPORTANCE OF RECOGNITION

Recognition is so valuable, it’s valuable to our mental health, our personal progression and serves to inspire others.

We see this every day in businesses and teams we work with, and we know first-hand that the difference some credible recognition makes can be life-changing.

Receiving an Honour from The Queen is the highest official form of recognition an individual can achieve. And as it’s such a prestigious award only those who truly, truly deserve it will be given one.

And every year for the Queen’s Birthday Honours and New Year’s Honours we get so excited to find out who has received an honour and learn more about their fantastic achievements, and we’re always blown away by some of the stories.

You hear about the celebrities and public figures who receive MBEs, OBEs, CBEs, Damehoods and Knighthoods, but the real-life “normal” people who receive honours are where the magic is…

The business owner who has been a thought leader for their industry over the past 50 years, the nurse who has served her community for 30 years, the 16-year-old who has raised thousands of pounds for charity – these are the stories we love to see and read. If you want to nominate someone you know for their incredible efforts you can do so by clicking here.

And listen to our podcast episode on How to Create a Queen’s Honours Nomination below;